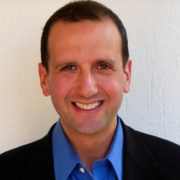 PLEASE NOTE – Due to the high number of Covid 19 cases in Cuyahoga County, we have canceled the in-person option for November’s Chapter Meeting.  The meeting will be held virtually on Zoom.

Michael Goldberg is an experienced venture capitalist and entrepreneur whose teaching is focused on the fields of entrepreneurship and early stage finance. Goldberg is an Associate Professor of Design and Innovation at the Weatherhead School of Management, Case Western Reserve University. Goldberg is also the inaugural Executive Director of the Veale Institute for Entrepreneurship at Case Western Reserve University. With support from the Burton D. Morgan Foundation, Goldberg created a massive open online course (MOOC) called Beyond Silicon Valley: Growing Entrepreneurship in Transitioning Economies, which has attracted over 175,000 students from 190 countries with subtitles in 16 languages (most on Coursera platform). Inc.com named Beyond Silicon Valley one of the top online classes that “will make you smarter and more interesting.” Beyond Silicon Valley was also named by the AACSB as one of its 25 winners of its Entrepreneurship Spotlight Challenge (2017) and Innovations That Inspire (2020). Goldberg spoke about the impact of his MOOC at TEDxHeraklion in Crete (February 2015) and TEDxFulbright in Santa Monica (September 2015). He is also the author of Beyond Silicon Valley: How One Online Course Helped Support Global Entrepreneurs.

Goldberg co-founded the Bridge Investment Fund, a venture capital fund focused on investing in Israeli medical device companies that have synergies with the leading health care industries and institutions in Cleveland.

Goldberg is active in the entrepreneurship community in Cleveland, serving as a mentor to entrepreneurs through Jumpstart and Plug and Play. He has appeared as a frequent guest panelist on MSNBC’s “Your Business” and written on international entrepreneurship for Forbes, CNBC, Entrepreneur.com and The Huffington Post.

Michael Gregory, Deputy Chief Economist and Head of U.S. Economics will be discussing the latest economic updates and how you can manage the risks to your business.

Michael Gregory is Deputy Chief Economist and Head of U.S. Economics for BMO Capital Markets. He manages the team responsible for forecasting and analyzing the North American economy and financial markets.

Michael began his career in economics with Royal Bank of Canada in Montreal in the mid-1980s, before moving to Toronto to work in RBC’s foreign exchange and money market research group. He eventually moved further along the yield curve and across the border, joining the fixed income strategy group at Lehman Brothers in New York City in the mid-1990s. Returning to Canada at the end of 2001, Michael headed up the Financial Services Analysis team at Bank of Montreal, focusing on regulatory and industry restructuring issues, before shifting to BMO Capital Markets Economics in 2004. He moved to Chicago in late 2013, providing research support for the U.S. and Canadian fixed income business and working with the Global Fixed Income Strategy team, before returning to Toronto in 2016.

Registration is required. Chapter Administrator will email the Zoom link to all registrants prior to the meeting.